Winter resorts in Austria and Switzerland. To the mountain peaks. 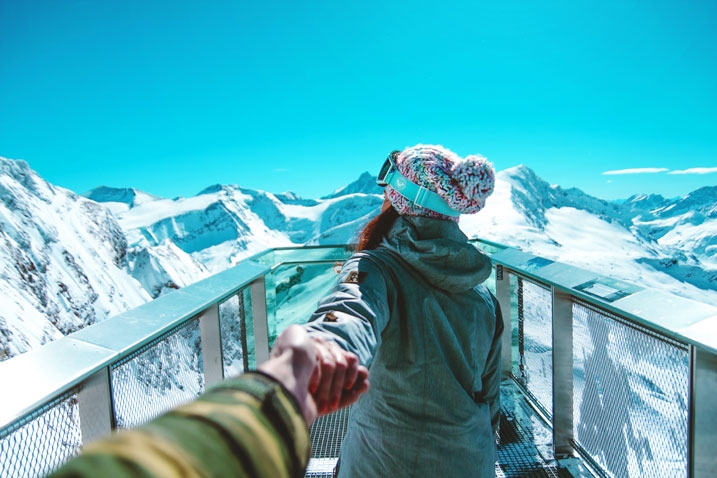 Winter holidays at European ski resorts is known for being popular not only among Russian tourists, but for attracting people from all over the world to the alpine snow-capped mountains.

Where do Russian tourists stop most often when they come to Austria or Switzerland?

This picturesque place is the ski capital of Austria. It is suitable both for experienced skiers and for those who have tried this sport for the first time. Due to its cheerful atmosphere and low prices, there are always plenty of young people here. Specially for them there are discos every night, where people dance right wearing their ski boots. Moreover, it is here that the famous Tuxer glacier rises that keeps its snow-white cover during the hottest summer. And for those who are not very good at foreign languages, Mayrhofen is just the perfect place. Here is not only an extremely high share of Russian tourists, but the majority of staff speak excellent Russian as well.

This Austrian resort is an hour’s drive from famous Innsbruck city. There are many Russian tourists as well, with even menus in small local restaurants sometimes being in Russian. The trails, which are like everywhere else in Austria are in excellent condition, are almost 150 kilometers long. However, besides skiing, here you will be offered top-class conditions for snowboarding as well. Indeed, recently the number of snowboarders in Soelding even exceeds the number of skiers.

So that you could get to the Austrian ski resorts faster, book our VIP transfer from Munich or Innsbruck airports.

The most southern resort of the Swiss Confederation. However, it is best known for the Matterhorn summit. This peak is one of the highest on the European continent. For many years, it was unapproachable to people. Only in 1865, a group of English mountain climbers managed to win its top. With four people dying during this expedition. Luckily, nowadays the foot of this peak is less dangerous thanks to technological progress. Every winter, Zermatt is occupied by fans of skiing, taking winter photos and just active pastime. The cozy atmosphere of this resort is supported by the fact that vehicles are banned from entering Zermatt. You can get here by train only. However, there is a special option for romantic people. For only about 50 euros, you can ride a dog or horse sled.

ne of the largest ski resorts in Switzerland. This is not a small village lost deep in the mountains, but a modern city with 6,000 citizens. In the Middle Ages, Saint-Moritz was a very large abbey; thus, now its landscape looks extremely picturesque. Catholic monasteries against snow-white mountains. However, in the 21st century, people think about monasteries less often than about mountains. Nowadays, Saint-Moritz has become a meeting point for quite wealthy gentlemen. The number of billionaires with skis is always extremely high here. Not everyone can afford this expensive place, but if you managed to buy a trip ticket here, you will certainly bump into some influential man from the Forbs magazine list. The ski resort of Saint Moritz consists of five magnificent ski areas of various price categories, united by a single chairlift pass. The high level of this Swiss city is proven by the fact that it has twice been the Winter Olympic Games capital – in 1928 and 1948. It will be much more comfortable to get to Swiss ski resorts if you book our VIP transfer from the airports of Geneva, Zurich or Basel.